We had the opportunity to interview Damian Schneider from Munknörr, the creators of Heimdall, Uruz, and Deyja.

SoM: Damian, please introduce Munknörr – We’d like to know where you come from, when Munknörr began and what makes it so unique? 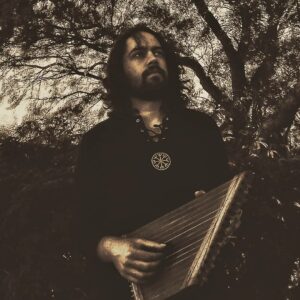 I was born in South Germany (Radolfzell) and then at the age of 7 I came here to Uruguay. Aethelwyne is from Greece.

The project was born in 2019, some of the songs in Aegishjalmur were made in 2018 but it was called Damian Schneider project then and there was more orchestral music too. I try to make the music without any boundaries, that way you keep the music true to what you want to express and my vision of the world.

An example… in our new EP there is a song, Mannaz, that is more than 8 minutes long, and I recorded almost all the instruments I have for that song and has Celtic vibes, jazzy vibes, Egyptian vibes, dark vibes, native vibes, and that because the rune is about the man, the humanity, so I wanted to represent a lot of cultures, so I think that is what makes Munknörr unique, we don’t care about fitting in some particular style.

SoM: Over time, the native American / shaman influences have become more prominent in your music.  With your current single “The Flight( feat. Runahild )” it feels like you have found a new balance between both worlds. Please tell us about this artistic journey.

Damian: Yes, Munknörr incorporated new sounds and I think that is good. I like to read about different cultures and mythology, and the connection with the surrounding nature, and I capture this new knowledge by making music. But is not just about knowledge, it’s about beliefs too.

All past cultures were more in contact with nature than us …  that is clear, nature was truly part of their life and I believe that influenced a lot the mythology, so that is the connection I try to put in our music, in the atmosphere of the songs.  So, when we begin to include more Native American vibes was mostly because I felt attracted to that world in my readings, and then I discovered the flute and fell in love…

SoM: What’s your vision of Munknörr in a few years? In what ways will your sound evolve?

The truth is we don’t know in what Munknörr will evolve, because as you know we are two…Aethelwyne and I, so it depends. 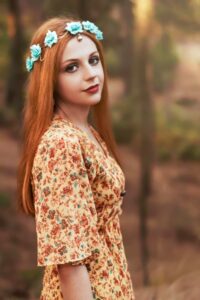 SoM: As your music is influenced by several cultures & mythologies, is there a certain crossover you would like to do/try out with Munknörr?

Damian: At the moment I don’t know if will be a new crossover, but in the near future I will like to make more songs with “Celtic” vibes, like Cernunnos or Seidr, I mean we already incorporate in a lot of songs Celtic vibes but is not notorious like the shamanic/native American, and Nordic atmospheres.

SoM: Are there any instruments, creative tools, or effects that you enjoy using most when producing music? What is the TOP 5?

Damian: I enjoy a lot producing our music, and my way is particular, because while I’m composing the song I’m already producing at the same time, and I make all the production at once in the same session (mixing and mastering), and yes there is a top 5…

I order this by importance too, so reverb in number 2 and background pad in first place, that is because those 2 tools are what create the atmosphere of Munknörr. Most of our soundscapes depend of the chords of that background pad, and the instruments and those chords combined with plate reverb… Munknörr.

SoM: As an artist today, you have to become an expert in so many areas. Besides composing and recording, you might need to produce, mix & master your music. There is social media, video productions (and there is even much more) – What areas do you enjoy the most, and what’s something you wish you would not have to do yourself?

Damian: Composing and producing are what I enjoy the most, I mean I enjoy all of it, but maybe social media is one of the things I can delegate.

SoM: What do you consider to be your greatest (musical) achievement thus far?

Damian: Our greatest musical achievement is to be heard by so many people, and having provoked such moving reactions.

SoM: Would you mind telling us what music you are currently into? Is there a favorite artist you are listening to right now?

Damian: I am very varied in terms of music, I worked in a music store so I discovered a lot of new music and styles through the years, and that is what influenced Munknôrr. I listen to music from the 80´s, new age, black metal, rock, classic music, instrumental piano music, Nordic folk, and a big, etc.

At this moment I’m stuck with a song from Alcest, an awesome band.

SoM: The music industry today is changing the way people listen to music, how do you feel about that? What is your view on the pros and cons?

Damian: Yes, today the technology with the digital world is changing everything, and I think that is good for music because anyone has access to almost all the music that exists. And the artists have the possibility to be listened to much easier than years ago. I don’t find cons, maybe for the people who love CDs because they are slowly disappearing.

SoM: This is the opportunity to share something with the world:

Damian: Be more careful in your actions, and more if they involve the destruction of the earth. Sometimes we think we are doing no harm, but the truth is that in all actions it is easier to contribute to the deterioration of the earth than to preserve it…until you analyze what you are doing.

Sometimes we think that we cannot change anything alone, but that’s wrong.

SoM: Thank you for your time and views

Check out Munknörr on Spotify: 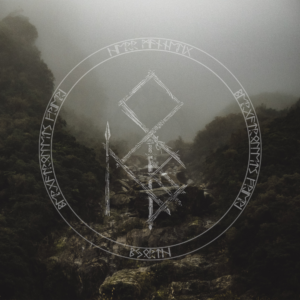